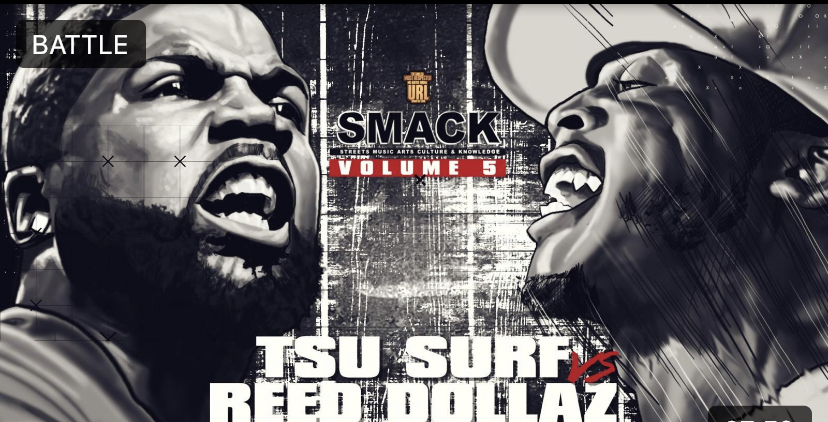 Tsu Surf Vs Reed Dollaz is officially available on the URLTV App!

The battle took place on the Smack Volume 5 card in Philadelphia. The card was stacked with this battle being one to look out for, with Tsu Surf being known as one of the greatest of his ear, against battle rap legend Reed Dollaz who help Smack rise to prominence.

Check out Tsu Surf Vs Reed Dollaz on the URLTV App and follow them on social media. Stay Global my Friends!