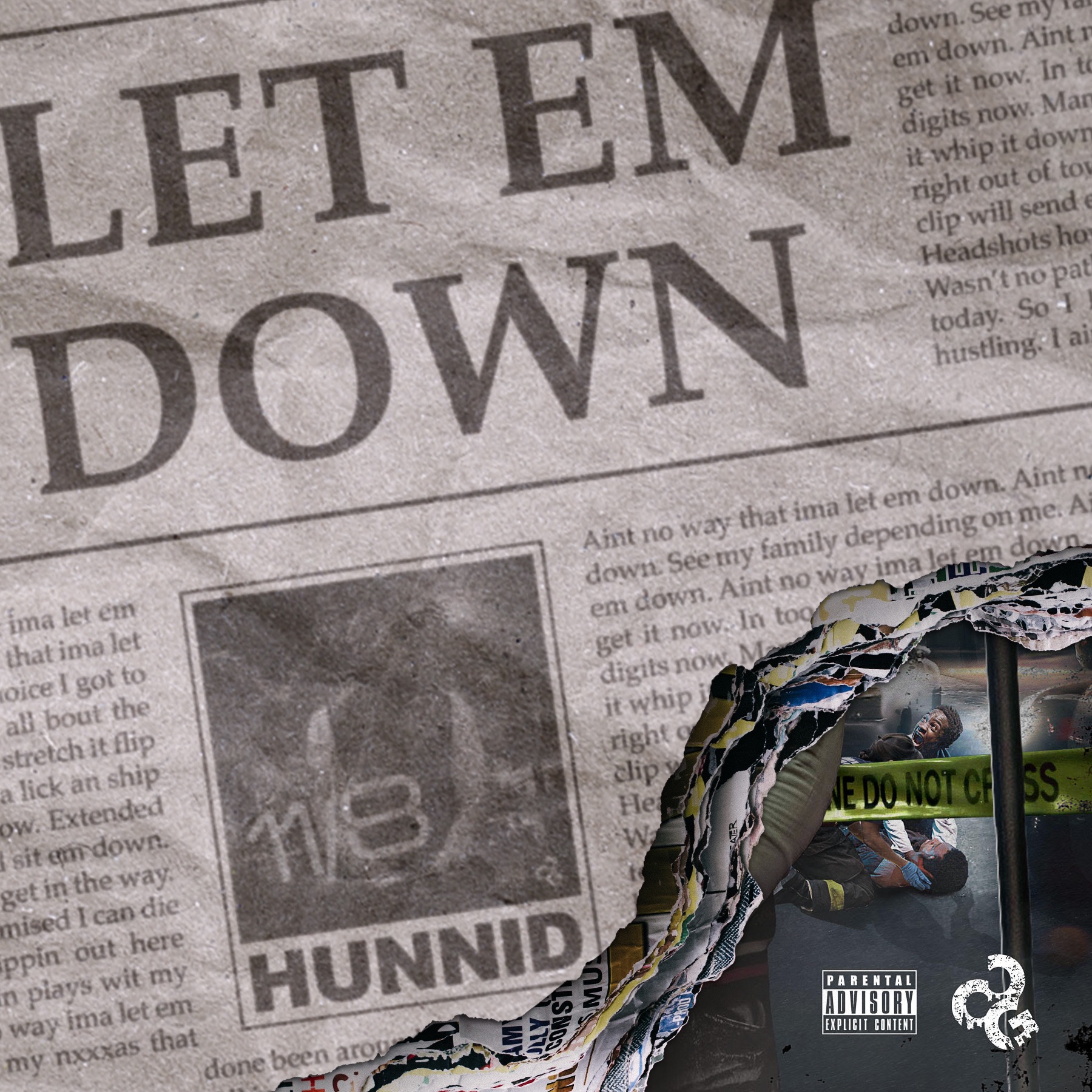 Happy Friday!!! Hope everyone has had a good in festive week filled with good vibes. It’s Friday, which means you can expect the best from us. What’s better than an emcee going for the top spot. An emcee whose music you hear and you know he is laying it all out there for the fans to enjoy, and for competition to know they’re coming full force. That’s what Hunnid gives you on his new song “Let Em Down”.

Hunnid doesn’t take his foot off the gas with his new song “Let Em Down”. Hunnid uses the end of the year to not slow down, but to run another lap of victory as he fires on all cylinders to make damn good Hip Hop. The presence is commanding with his powerful flow, that makes you feel his rhymes, as he fires off top notch bars from beginning to end, letting you know failure is not an option.

Hunnid’s “Let Em Down” is that powerful Hip Hop that makes a statement. You can hear loud and clear that Hunnid is in his bag, and going for the throne of the top spot in the game. The music is filled with hard energy, as he gives you focused aggression that pays major dividends for this incredible emcee.