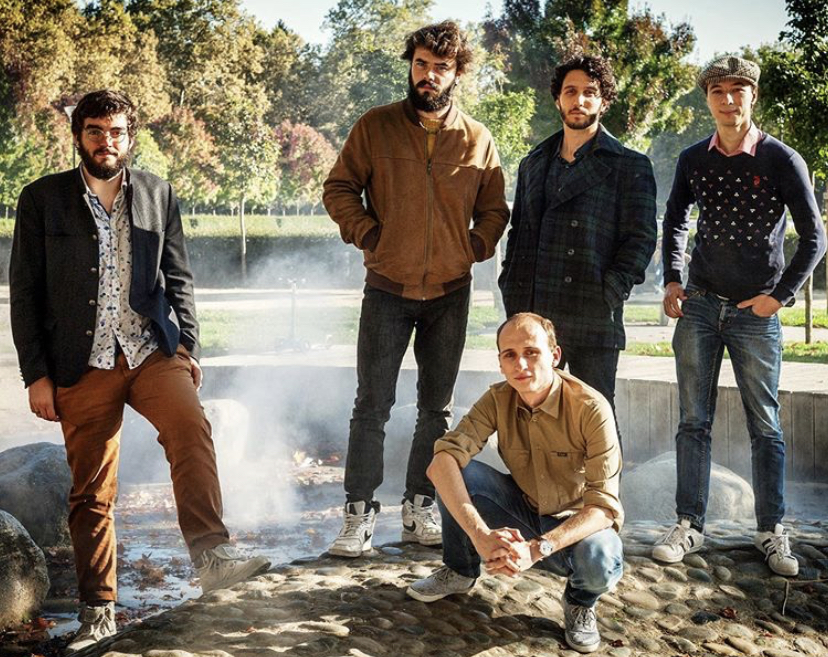 New music is meant to be fresh. It’s meant to be exciting and bring something new to your life that you didn’t have before. That new fresh thing can come in many different sounds of audio. What Bend the Future gives you is something beyond incredible. With the release of their new project ” Pendellösung“. They are on full bloom for the world to see. They were gracious enough to take time to do an interview with us. Below is the interview.

Who is Bend The Future the band?

Founded in January 2019, Bend the Future is a progressive rock band based in Grenoble, France. Identified generally by their odd-time-scaled tunes, they incorporate elements of ’70s prog rock, jazz, funk along with Eastern Europe music in their sound. Bend the Future was initiated by Can Yıldırım (guitars/voice), Rémi Pouchain (bass), Pierre-Jean Ménabé (saxophone) and Piel Pawlowski (drums).

More recently, the band has reached its final formation after Samy Chebre (keyboards) joined. During the last days of summer in Little Big Studios, Grenoble, they recorded their debut album, Pendellösung. Can Yıldırım

Who are some of your influences? what do you take from them and apply to your music?

The band blends the elements of these influences in an innovative and unforeseen way with an aiming to achieve that each track has a unique sound and feel to it. The foundation of the music relies on these references to create a musical environment that incorporates a roller coaster of emotions.

What was the creative process for your new project “Pendellösung“?

Pendellösung is our debut album which was already written 4-5 months after the establishment of the band. The backbone of most of the songs in Pendellösung had already been composed by Can Yıldırım, yet the band created a more elegant sound to the earlier demos as our chemistry reached its peak over the first couple of months of 2019.

The album explores the concepts of isolation, yearning, confrontation, and awakening through extended-length tunes blended with inventive musicality and a wide range of emotional twists.

How did you know it was time to release your new project?

We decided to make an album roughly 2-3 weeks after our formation, when we had realized the members musically and mentally glued  together and this has something special to it.

We continued working on the songs while performing some local shows in Grenoble. In July 2019, we already booked Little Big Studios for 5 days to record our first album. To be completely honest, we were thinking about an EP rather than a full-length album, yet the performance and efficiency during the recording sessions turned out to be more than what we expected. Thus we recorded more than 50 minutes of music, and 6 songs of these form our debut album Pendellösung

Do you have a favorite song off “ Pendellösung” or a song you can’t wait for people to hear? If so which one and why?

Our favorite song is Kiss n Fly. Even though this song is the only instrumental piece of the album, it is like a nine-minutes-long movie. We really enjoyed the dynamics and the twists of the song along with the nice blending of the electronic, jazz and even metal elements.

We had no restriction or limits whatsoever in terms of musical freedom and experimentation. Thus we even have an “angry and wounded elephant” sound in the song, as well as ambient sounds of festivities. Another reason why we love this song is that the entire  track was recorded in one take, as five of us played live. Summing all these, Kiss n Fly is definitely our favorite and we can’t wait to have some feedback from the listeners!

What would you like for people to take away from your new project “Pendellösung”?

We hope that people enjoy it first of all ! We think that the album can give listeners many different aspects of music. It is an album that people can either just enjoy the melodic lines of the songs, or really analyse and break it down technically in terms of smooth mode and time signature changes and hopefully appreciate it.

We hope that people can relate to something about themselves or the about the things they hold dear by listening to the album.

What’s next for Bend the Future?

We have some concerts lined up, and we would like to play as much as possible to promote our album. In the meanwhile, we started writing tunes for our second album. We have already completed 30-40 minutes of composition by now. We hopefully will record and release another album within 2020.