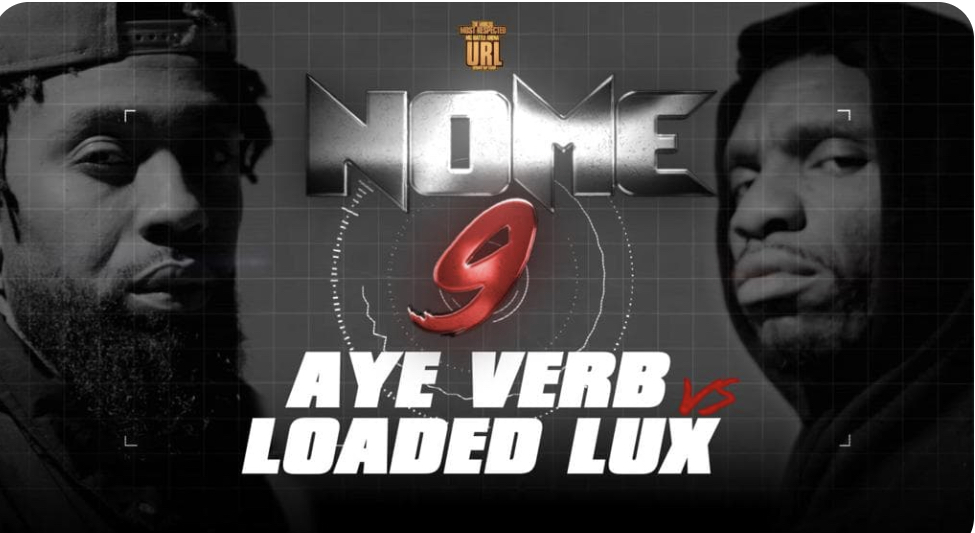 The main event from NOME 9 which was a stacked card, with this being the must see battle of the night. A lot of anticipation was built with every one wonder if the, St Louis legend Aye Verb could step up the challenge against Loaded Lux.

The battle came and lived up to the hype with both emcees bringing their best to put on an instant classic. With both fan bases feeling their respective battler one. Those with the URLTV App have a had a chance to sit with the battle, now everyone can choose a victor.

Check out Aye Verb Vs Loaded Lux on Youtube below and follow them on social media. Stay Global my Friends!