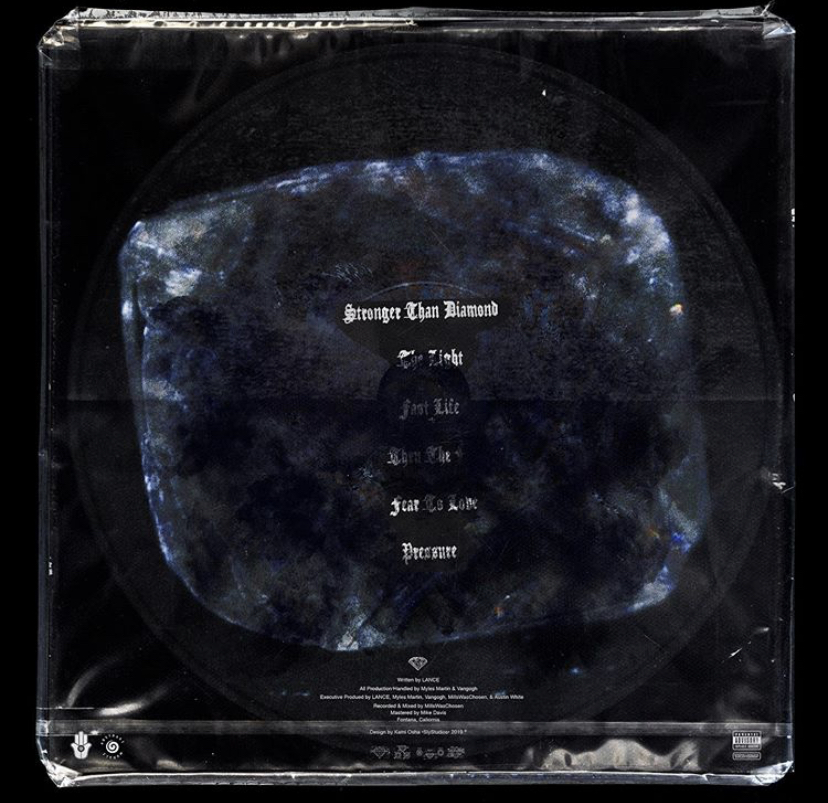 We’re coming up on the one year anniversary of the announcement of our Top Five Artists to Look Forward to in 2019 and the new list for 2020. We picked these artists based on their talent, work ethic, and overall skill set to make noise for this year. An artist that embodies that is L.A.N.C.E. who makes us look like geniuses for our selection of him.

His music is supreme and with his latest release “Stronger than Diamond” he gives us a glimpse of his Diamond Life, showing promise, while giving music that is stronger than pride, and a love deluxe of music to make a lovers rock, for his soldiers of love to enjoy. He was gracious enough to take time to answer some questions for us on his latest effort. Below is the interview.

Things have been really interesting, but overall exciting. I think this year was definitely a year of discovering my true self and what I’m truly capable of. I was able to launch my brand Abstrakt Muralz this year which is a creative collective media & entertainment collective, so everything I’ve been doing has been revolved around becoming an entrepreneur and learning what that means. I struggled a lot in the beginning of the year, but ever since July I’ve been able to overcome myself through the strength and glory of God and just been able to kick my work ethic into a whole new dimension.

How did you come up with the name of the project “Stronger than Diamond”?

I’m a big Sade fan and I took two of her album names and combined them into one. The albums were her debut album “Diamond Life” and “Stronger Than Pride.” Also, I’m a big fan of anime and manga, so there’s a series called JoJo’s Bizarre Adventure by Hirohiko Araki. It’s broken up into eight parts and during the time I was making the EP I was reading part 4 which is titled: Diamond is Unbreakable. So that also kind of inspired the title too.

What were some of the influences for “Stronger than Diamond” and how did you incorporate that into the music?

So the major influence on this project was Sade. I remember back in 2017 I had stumbled across a playlist called “More Love” by the artist Vacations. And what was tight about the playlist is that Vacations  took Sade vocals and put them on beats from Drake’s playlist “More Life.” Hearing Sade in such an innovative way that really highlighted the humanity, emotion and vulnerability, really  inspired me to go back and dive into her discography.  Sade’s had always been present in my life, because my mom used to play her all the time when I was younger, but now listening as an adult I interpreted the lyrics, instrumentals, and stories in a whole new light.

After really experiencing the music I wanted to do a project with all Sade samples and really pay homage to her, because her music helped me get through such a tough time emotionally in life. Also during this time I was listening to a lot of Drake and 50 cent, specifically “If You’re Reading This It’s Too Late” and “The Massacre.” I feel like IYRTITL  is one of Drake’s most underrated projects and it’s a top 5 Drake project period; and I personally prefer “The Massacre” over “Get Rich or Die Tryin.”

The balance of hits and great records on both of these projects is incredible and I also think Drake and 50 were in a lyrical bag to where they couldn’t be touched. For Drake one moment you can have a song like Energy or Star 67, but then go into a song like Jungle and have it all make sense. For 50 you have songs like Little Bit, Outta Control (The remix is personally one of my favorite 50 songs of all time) and then get into something like Baltimore Love Story or Ryder Music. That balance was something I wanted to implement into my music, where you have your hits, songs that are introspective, but overall all of them can stand alone and be a great record.

What was your favorite part of creating “Stronger than Diamond”

My favorite part in creating this project has to be that I dropped the pen and wrote the whole project in my head and freestyled every part of every song. Not in the way that Jay-Z writes in his head, but more the Lil Wayne punch in on bars method. I think the process of not writing my lyrics down, literally challenged me to walk by faith which was a big theme in my life during the time and overall has been a theme for this year. I had to throw out everything I thought I knew about music and just start fresh. My producers, engineer and my cousin really pushed me to experiment with my voice, flows, and creativity and I believe that it shows within the music.

Did you run into any challenges creating this project? If so how did you overcome them?

Honestly the only challenge I had with this project was myself. I started working on this project at the end of November last year, so I’ve been sitting on some of this music for awhile now. I was honestly going through a lot and victimized myself instead of taking proactive steps to get it done. I remember going through a depression while creating this project and honestly, this project wouldn’t be out now if I didn’t seek to develop and strengthen my relationship with God and have such a great support system.

I’m blessed to have both of these things in my life because constantly they reminded me of what I’m supposed to be doing in life and they pushed me to become the best version of myself. I also thought about my impact and how I feel like this is a message that people should hear. I learned that I was creating outside of myself but for a whole community of people that I haven’t met yet and that’s what helped me overcome.

How do you think people will look back on this project years from now?I think this project will be looked upon as a turning point in my career. I’ve never made music like this in my life and to date I believe it is my best project so far, but Stronger Than Diamond is literally the rementing of my musical foundation. I found a new identity, my true identity within this project and I feel that this will be viewed as a catalyst for the projects that are to come in the future. That Stronger Than Diamond was the beginning of L.A.N.C.E. 2.0

You know I thought I knew what was next, but honestly I just take things day by day. My main focus is to put out visuals for the project, have some events, and just overall continue the rollout for Stronger Than Diamond. But I will say this, I’m in mixtape mode.