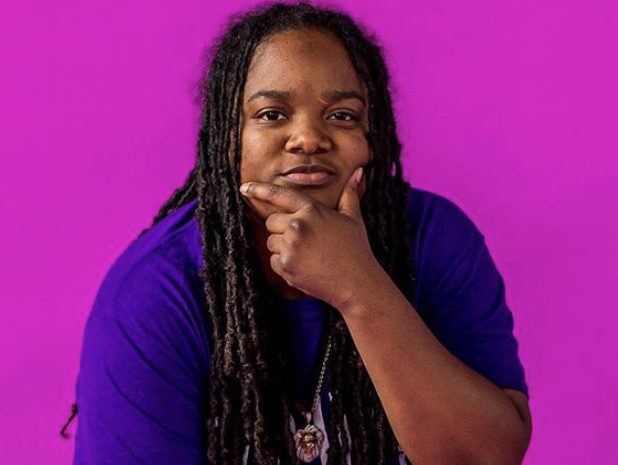 We are in fast paced world. Where everything is instant and the way of the world, is the way of music. Music being pumped out at a great pace, taking it all and going on to the next. Only game changing music makes you slow down and a game changer is what Sasha Renee is.

Sasha Renee puts on a Hip Hop Clinic on her song “BIG Freestyle”. A record packed with action that it stops you in your tracks and leaves you in awe of the skill level being displayed. The record was so intriguing, we had to know more about this special talent. Below she breaks down her Master Pen behind “BIG Freestyle”.

Who is Sasha Renee the artist?

Sasha Renee is the artist is confident. Her energy is “BIG”. Pun intended. Lol. She is sexy. She has charisma. She has swag. She is fun and witty. She is hood yet articulate and well spoken. She is creative and she is versatile. She is lyrically mean but her vibe is sweet and very much attractive to others. Through the years I have built my brand on being honest, fearless, and ruthless with my rhymes.

What inspired the lyrical approach to “BIG Freestyle”?

The lyrical approach I took is the one I always take when I cover music by a popular artist. This song is originally Young M.A’s and she swagged it out. The production is what stands out on the record though. I drop at least one freestyle cover to an industry track every year and the whole objective is be ruthless. Last year I did Cardi B’s “I Do”.  Before that it was Kodak Black’s Roll In Peace. This is my favorite one though. I was just really feeling myself when I sat down to write this coming off the high from the release of my last album.

I’m sitting here trying to pick between those first 4 bars and it’s hard. The 4 bar intro is really what I knew would capture people’s attention. I’m going to go with “Take you to Harlem, take you to get you some steak and you still couldn’t shake me.” Lol the line is just dope. I was going through words in my head that rhymed with play. That’s the word I needed to rhyme with from the previous bar and shake came to me. I’m like okay so I’ll say that they can’t shake me. But I needed a creative way to say that.  Lol two things I immediately associate with the word shake is one of my favorite dances the harlem shake. Lol and one of my favorite fast food restaurants steak & shake. Lol I’m basically saying in that first 4 bars that I could give you all the tools to challenge me and you still wouldn’t win. I’m that good.

What do you think is the bar that people may sleep on listening to “BIG Freestyle” and why?

”I am a star, I need to hit. Like crack in the 80s, like what I’m gone do to your lady. Like Bobby did Whitney. Like Million Dollar baby.” I’m just not sure if people felt how hard that series of comparisons to “hit” really was. Lol. I feel like some of these kids out here don’t even know how hard crack hit our parents in the 80s. I’m a 90s baby and so many of my peers were crack babies. Do these kids know the story of Bobby Brown and Whitney Houston? Have these kids ever seen the movie Million Dollar Baby? Do they know the hit I’m referring to? Lol. So in the next bar I speak on Lil Nas X to make sure I continue to be relatable and not lose my younger listeners attention.

What can people expect next from Sasha Renee?

The official music video for my original song OTW feat. Wopsworld is about to drop. It’s the first video we shot from the FLAVA album and it’s sick! Me and my team are about to focus on dropping videos from that album and continue to tour promoting the album.