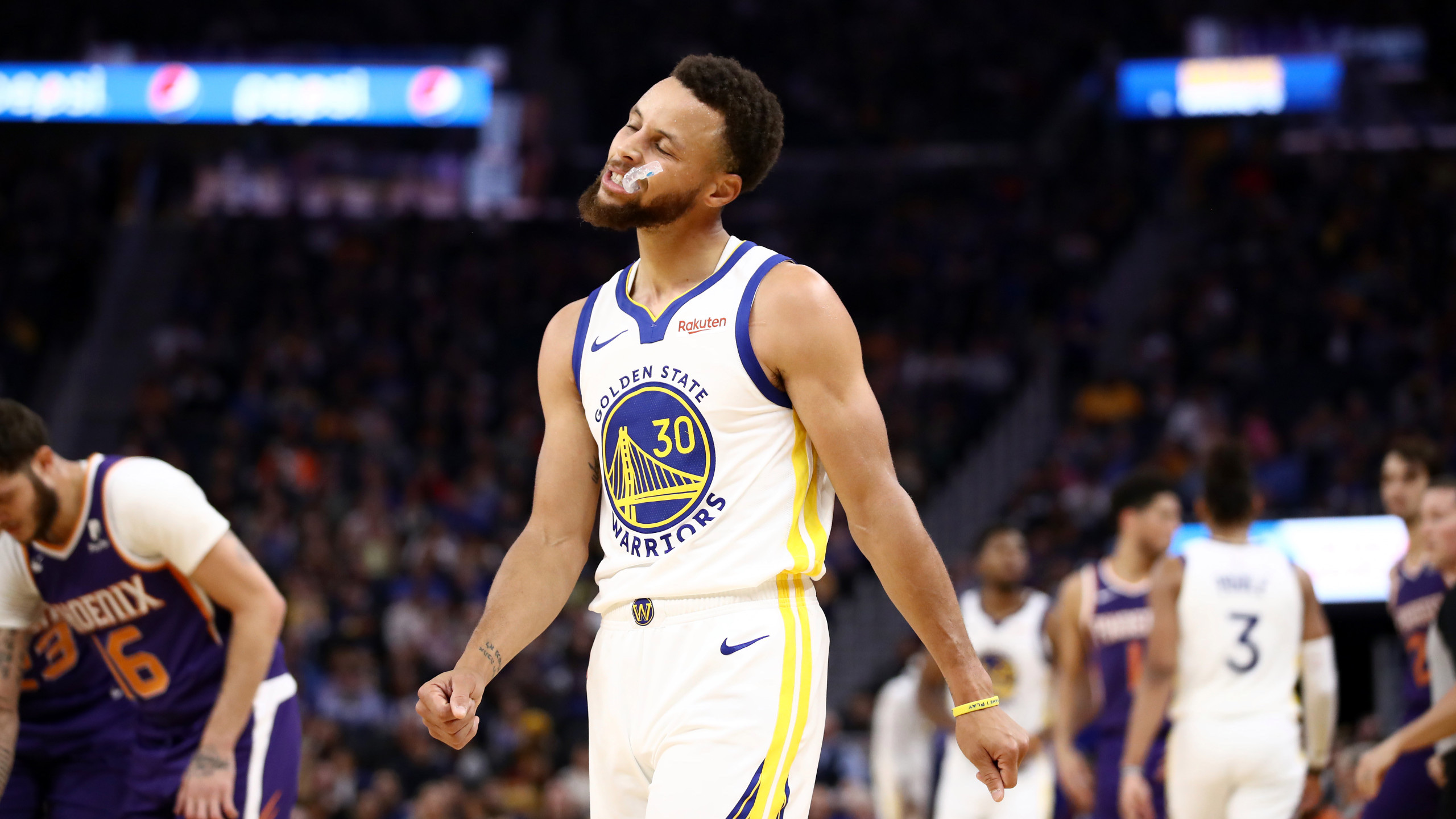 Stephen Curry has a broken left hand, right when you thought things couldn’t get any worse for the Golden State Warriors. The team announced the news late Wednesday during an ugly 121-110 loss to the Phoenix Suns. The two-time NBA MVP’s timetable for a return was not immediately known.

Curry was injured after driving to the rim and colliding with Phoenix big man Aron Baynes, who was trying to draw a charge in the third quarter. The Warriors All-Star landed awkwardly on his hand in the paint following the collision.

The Warriors fell to 1-3 on the season as they continue to look like one of the worst teams in the league in the aftermath of losing Kevin Durant and Andre Iguodala this offseason while Klay Thompson rehabilitates his torn ACL. Forward Draymond Green took a hard hit to his lower back earlier in the Suns game and came off grimacing, picking up a technical foul on his way out as he let the refs know his frustration at not getting a foul call.

Curry is out for an extended period of time. Curry had nine points on 3-of-11 shooting, including 1-of-7 from three and four turnovers in 25 minutes before leaving the game. He also had eight turnovers in the season-opening loss against the Clippers and entered the game shooting 24 percent on 3-pointers for the year.

The Warriors likely will turn to newcomer in 2019 All-Star guard D’Angelo Russell to lead the offense.