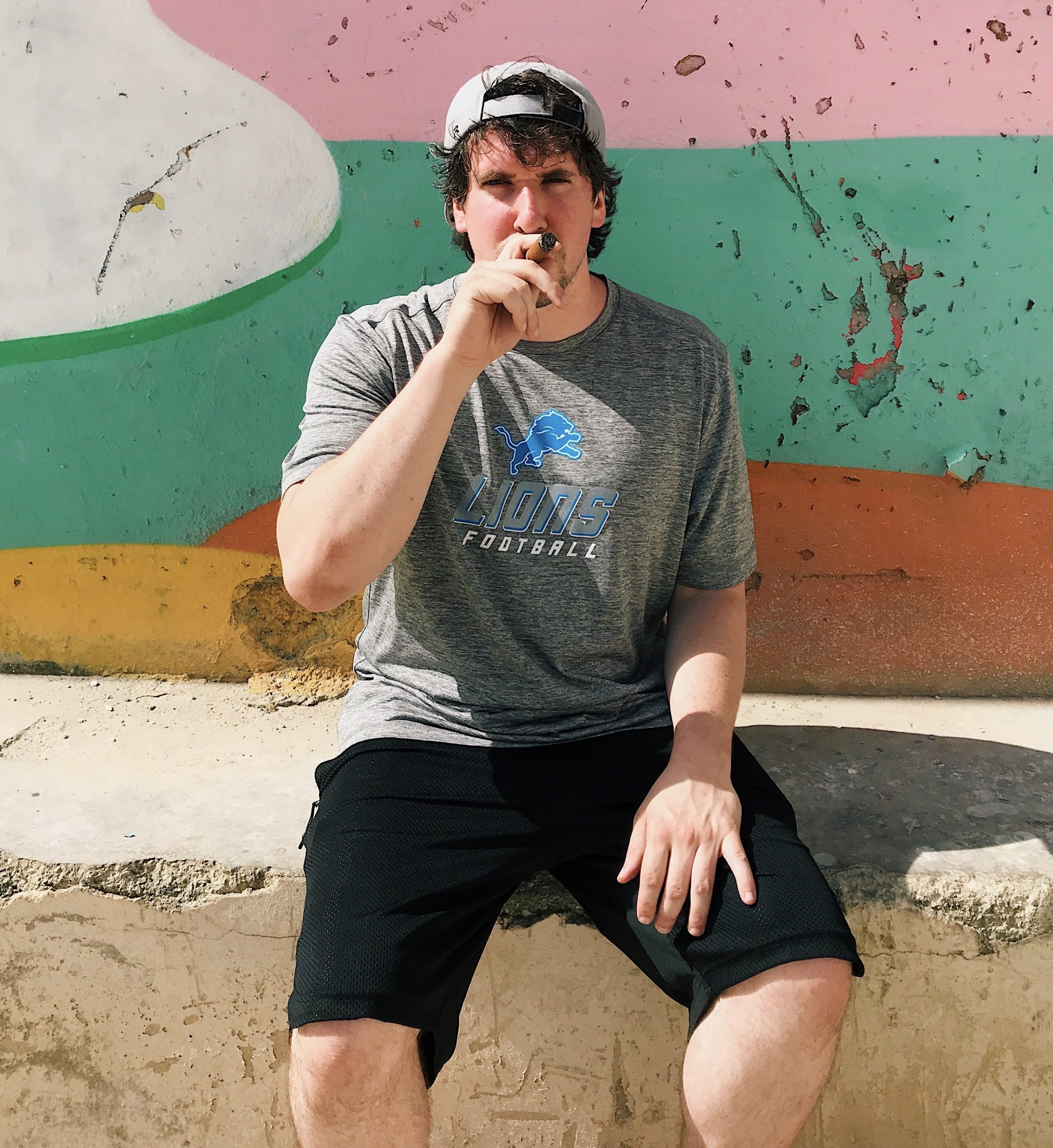 When we started the “Producer Spotlight” it was about bringing light to the true creatives of the music we here. After hearing “Cubanos” by Carson C Lee, We knew we had to get him on here. Carson C Lee has a sound that will keep your head nodding while enjoying his artistry. He was gracious enough to take the time to answer a few questions on his work. The spotlight in on Carson C Lee!

Who is Carson C Lee the Producer?

That’s a good question. C Lee was a nickname I was given at a young age by my friends when we used to play basketball. The name just kind of stuck and I didn’t want to have some corny name that I didn’t identify with ,so it just felt natural. I’m always trying to develop myself as a person and I believe having more responsibility/sacrifice in your life gives it more meaning and fulfillment. I had to give an effort with music as it had always been a source of refuge and there was always constant intuition that told me to pursue it – I had to give up a lot to even make this possible.

I started playing guitar 13 years old after I watched the Who and Led Zeppelin live. I had a huge collection of music and I grew up just being a fan of many types – I think that we all start off as fans. I got into the actual production after listening to the Wu Tang Clan. Gza’s Liquid Swords changed my whole perspective on hip hop as his rhymes were so vivid and unusual that I became hooked. I used to make beats on my phone ,so that I could do it on the go and get concepts down wherever I went. I don’t like to be locked down to one location when producing. When I made “Michigan Summer” it was dead set during that time of year and I wanted to capture the vibe.

I generally use Maschine for music as this was my first piece of gear when I was in college and I still use it to this day. DJ Premier makes me feel a little comforted by this because he still mixes down to floppy discs on an MPC. It’s just what you feel comfortable with at the end of the day and how well you can utilize the hardware/software. Generally I use Waves and Fabfilter plug-ins to mix. I really like the CLA compressors, Puigchild 670, NLS Summer, Pro-Q, an assortment of saturators – I try to keep the beats gritty and that was inspired by listening to the unique tone of RZA. I thought that his minimalist production was a source of power – i.e. “Da Mystery of Chessboxin’”

Traveling has always been an important part of my life and I lived in the middle east for about a year. I think it’s important to take in different cultures and find out for yourself what is going on in the world. There is so much bullshit we are fed constantly and I wanted to see the Cuban culture for myself. The whole idea was to give back an experience that I gained from the Cuban people while I was there. That was a huge responsibility and it was a very personal project because I put a lot of pressure on myself to use all authentic sounds for the single.

I think that honestly the best experience was a live show with my team. The thing is that there are so many bedroom producers now-a-days not experiencing life and instead trying to manipulate algorithms and get hits – things of that nature. You can’t fool a crowd right in front of you when there are no numbers/statistics to back you up. The funniest story was when my friend Luke Dykstra got on stage in a rap battle and ripped on all of the judges. Plus the vulnerability and courage it takes to stand up for something you believe in when a crowd is present is important. Even if I got on Fresh Finds or something awesome like that I still wouldn’t think I’d feel that sense of conquer I do when I step out into the real world. Reading Youtube views on a screen is a lot different than going to an uncomfortable area and putting yourself out there.

Too many to count. Inspectah Deck, Jedi Mind Tricks, 7L Esoteric etc. I always represent my buddy David Sowell (Ryelin) – He rapped on our first EP “Passion = Priceless” and he is an Ann Arbor/Detroit native. I have a bias to anything Michigan related as I feel like it is underappreciated and misunderstood. Pook Hustle is one that I have had my eye on as I am always trying to find undiscovered talent. I found him on Submithub – A place that can offer you a lot of opportunities while simultaneously rip you a new asshole. I recommend collabing with people there or websites like it because most of the artists are in the same boat trying to hustle.

What’s next for Carson C Lee?

This sounds really lame but right now I’m just trying to find a balance between music and my life without getting sucked up into virtual traps. I know I’m not the only musician who feels this tension and I think this topic is not talked about enough or acknowledged. These media platforms have cultivated a negative experience for music makers that takes away the enjoyment of the creative process making it dull and fake. I find that making videos talking about these issues has been therapeutic for me and something I strongly stand behind – That’s why I try to limit promoting to once a week.

My full-time job is teaching English to kids that I love so much and I find that extremely rewarding. I’m just tired of people taking value without putting anything back into the pot and this includes self-centered big – named artists. I’m really fed up with the shit they are endorsing and carelessly promoting things that aren’t good for anyone. I hope I will have the platform one day to vocalize this. I’m just trying to pursue what I think is interesting in music, instead of what is expected of me.

Check out Carson C Lee “Cubanos” below and follow him on social media. Stay Global my Friends!