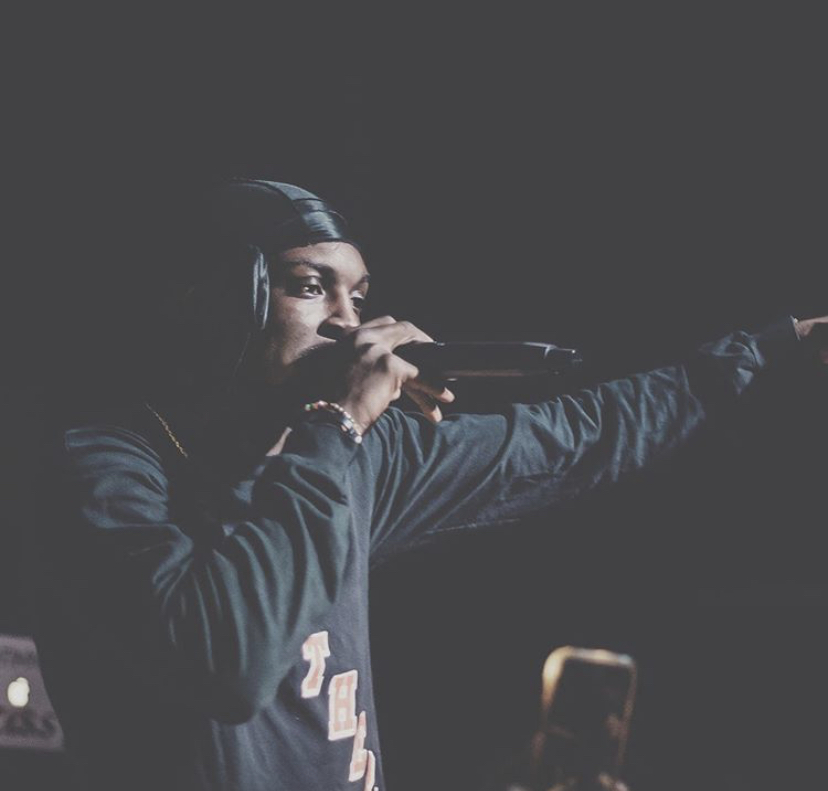 Being a dope Hip Hop artist is a loaded criteria. From having on point lyrics, sharp flow, and a presence that felt all helps meet the bar. When an artist is able to click on all levels it’s truly something special. If you need to know what that sounds like, then you need to hear Chuck Indigo. An incredible talent who is rapping supreme and with his latest project “Indigo Cafe” he’s on full display for the world to see.

Chuck was gracious enough to take time to break down his song “Too Deep For The Intro” from Indigo Cafe. Below he breaks down his Master Pen.

Who is Chuck Indigo the artist?

Chuck iNDigo the artist is an honest soul. He’s gifted, and he believes in the power of words.

What inspired the lyrical approach to “Too Deep For The Intro”?

My life inspired the approach. When you’re telling the truth in your music, I feel the language of the music has to match not only the production, but the message . I took a straightforward approach because I was writing from such a real place and time in my life. The moments that I touch on in the song are all the key moments that I think have gotten me to my current place in life and my career musically.

I kind of knew the play off the Kanye line “man I spent 400 bucks onnis, just to be like n*gga, yeen up on this”  would hit because of the moment  that song and album means to the culture. I remember when I first heard College Dropout. College Dropout was actually one of the albums that inspired me to rap. So when I decided to pay homage with that line, I was really just trying to give the audience one last thing to resonate with to wrap up the project.

What do you think is the bar that people may sleep on listening to your “Too Deep For The Intro” and why?

“was broke and living off noodles, it got hard to pay attention, not to mention that my pigment wasn’t readily accepted, the racism was covert, but yet it still felt heavy.” I felt like people really didn’t catch or feel this bar but the internal rhyme and the idea of being broke and essentially hungry and living off ramen noodles, and how in real life due to being broke and hungry it really became hard for me to PAY attention. Thought it was a cool lilttle attempt at a double entendre. Lol

If I had to rate my pen on TOO DEEP FOR THE INTRO, I would give it a 8. Not my hardest bars but definitely a glimpse of my ability to make words rhyme and story tell. In some cases I’d give it a 10 because the story is so vivid to me and its 100% true. Every line. But all in all I could’ve barred it up more to make it real NEXT LEVEL.

What can people expect next from Chuck Indigo?

Visuals. Visuals. Visuals. Really been trying to lock in with my visuals and give my listeners more content they can see so 2020 expect a lot of visual content as well as new music. But we gone try to live with iNDigo Café for a while before we start dropping more music.

Check out Chuck Indigo “Too Deep For The Intro” below as well as his new project “Indigo Cafe” and follow him on Twitter. Stay Global my Friends!