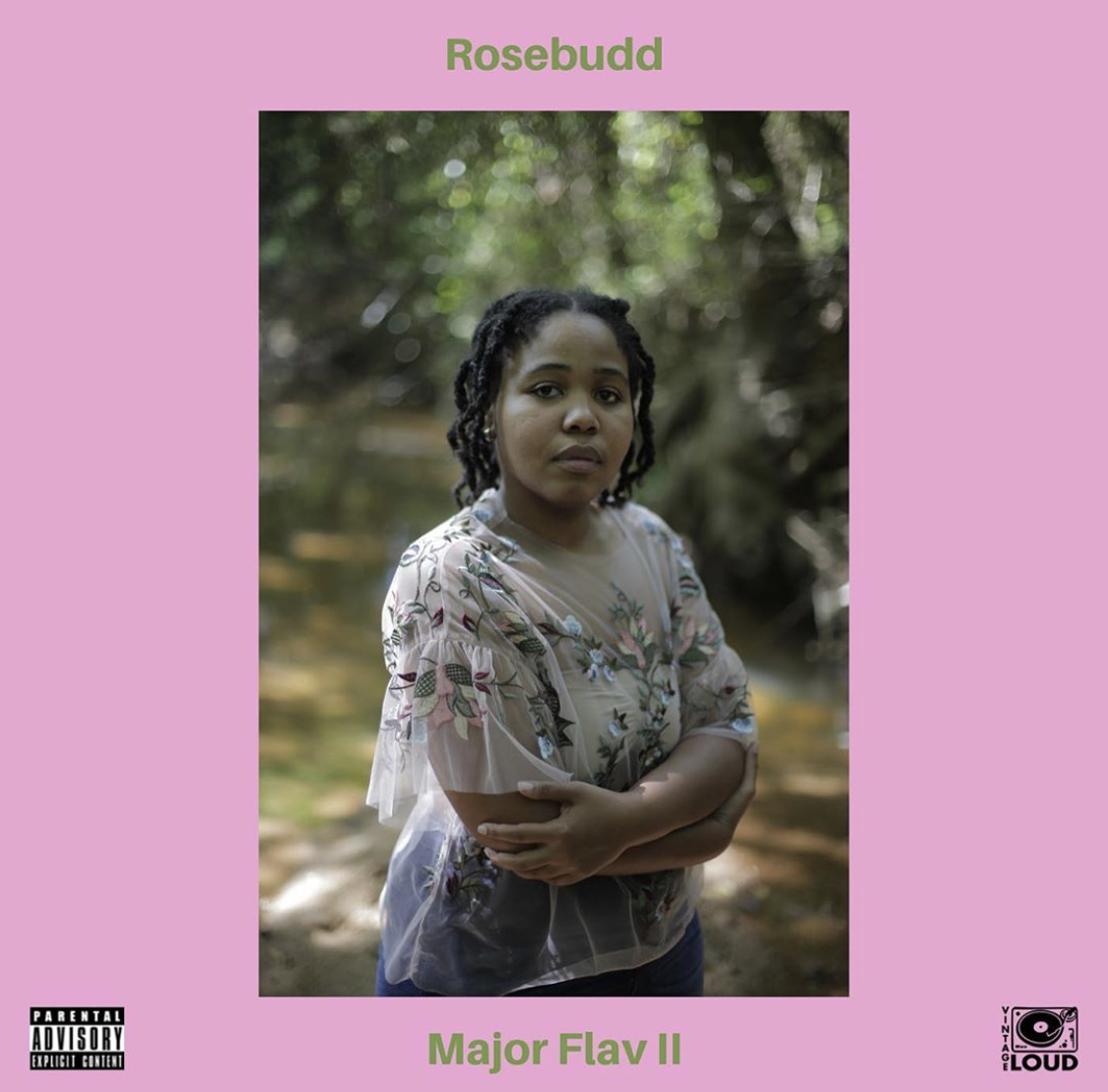 Anyone who works in music started off as a fan. That love for music that set us all out on our journey of doing what we love. It’s that love that keeps us going and keeps everything in check on what we do. An artist that reminds us of our love for the culture is Rosebudd. With her latest release “Major Flav II” she made us instant fans of her work and we had to know more, about this rising talent. Rosebudd was gracious enough to take time to answer some questions for us. Below is the interview.

Who is Rosebudd the artist?
Rosebudd the artist is very similar to the flower that she takes her name from. The raspiness of her voice serves to protect her delicate and beautiful womanhood like a rose’s thorns protects its petals.

Rosebudd is influenced by a plethora of music. She tends to balance lyricism and harmony similar to Phonte Coleman of Little Brother and The Foreign Exchange while providing rhymes laced with introspection over unorthodox beats similar to OutKast. Her goal is paying homage to the styles that influence her while making something new out of them, similar to Kanye West.

What was your favorite part of creating your new song “Major Flav II”
My favorite part of creating Major Flav II was recording the bass played by the great Rishon Odel. He is a renowned jazz musician that was a father figure to me in my formative years. I never realized how much he influenced my music making until this very moment. I grew up watching him compose so watching him lay some amazing grooves over my production was a real full circle moment.

I knew it was time to drop Major Flav II when my other Alanis Morissette reached 1000 plays on Soundcloud. There are other songs I could have dropped but I think Major Flav II set the correct tone to catch the attention of both new listeners and those familiar with my work.

How do you think people will look back on “Major Flav II” years from now?

I think Major Flav II will be a cornerstone of my production catalog specifically. I’ve established a lyrical presence on the indie Atlanta over the past couple of years, but most people don’t know I produce too. This will be the introduction to the full spectrum of my artistry.

Up next for Rosebudd is releasing her album entitled “Planted, Not Buried” and graduating from Georgia State University in December. She hopes to throw an album release-birthday-graduation party-show in December as well. Making music is very similar to gardening and after years of tilling the sonic soil, it’s exciting to see the seeds planted begin to bloom.