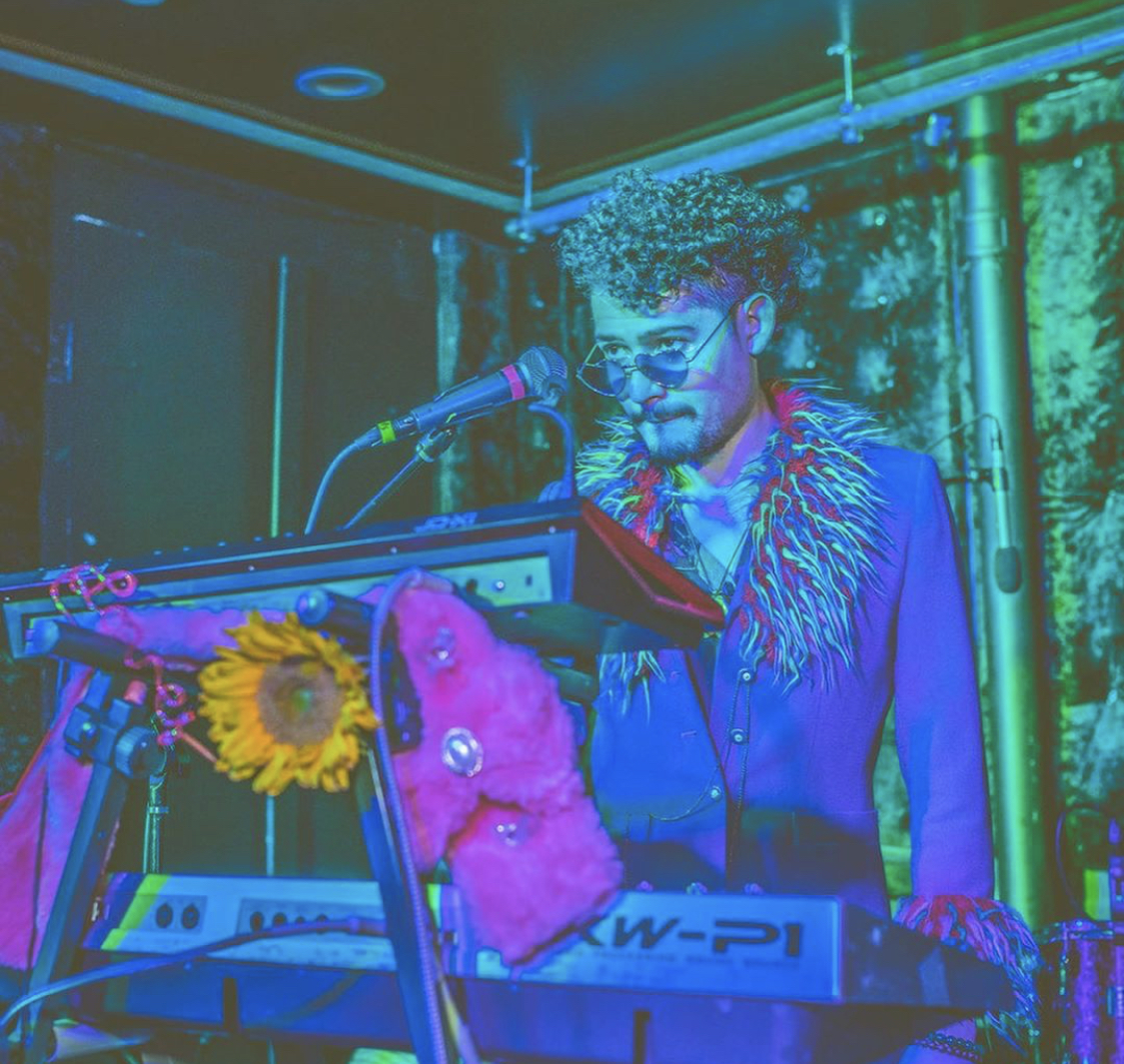 Creatives and innovators are the one who keep art going. No talent has been as a creative and innovative in their musical approach than Di Ivories. The eccentric indie psychedelic dream-pop project from Brooklyn, was a true standout with the song “Octopus”.Pushing the envelope and showing how creative music can be. Di Ivoriesrecently took the time to answer a few questions for us to give us a deeper look into their art. Below is the interview.

Who is Di Ivories the artist?

I am Di Ivories. I am a young man who loves the experience of being
with friends and making music about the euphoria of life. I find my
life to be a symphony of chaotic wonders that takes me by the hand and
places me wherever, leaving me to make the best of that situation and
find my way around. Starting off in Miami, FL this project has taken
itself to Brooklyn where I now identify as home base for writing,
performing, and making new experiences.

Who are some of your influences? what do you take from them and apply
to your music?

My influences come from from elements of old psych rock blended with
eccentric jazz and theatrical show. My favorite bands were Talking
Heads, Queen, Vampire Weekend when I started this project and I’m
still bumping them now along with other high energy groups like Tame
Impala, Phoenix, of Montreal.

A fair percentage of my style comes from these revolutionary bands but
I still take mostly from my own experiences/culture when it comes to
songwriting. Living in Miami for a while brought this latin-tropical
style in me that was used on the record. I am also very drawn to this
particular French cabaret style/motif that was inspired by watching
old French theatre. I find being multilingual has improved my
perspective on melodies and phrases. Other times, I just like to try
weird stuff.

What was your approach when making your new song “Octopus”?

Octopus was the first song that ever came from Di Ivories. That is
what I feel truly makes it so special.The verses were written back in
2015 but I shelved it shortly afterwards because i was focused on
other projects at the time. Eventually though those projects disbanded
and I was left with a creative decision to pursue my own music. So i
picked up Octopus, wrote the chorus, and finished the song. The song
is really all about disbanding and breaking out of a relationship that
had sucked you dry of your energy and time. This was the first song
that really spoke to me and made me want to continue making music like
this.

When did you know it was time to drop your new song “Octopus”?

The final mix was given to me a few months back, and it just felt
kinda natural for me to release it after the summer. I didn’t want to
fall into that infinite trap of “wanting to release/sitting on it for
later” loop that often plagues so many artist minds, and I totally
understand that patience is a key element to releasing new music. I
listened to the single for the first week and later stopped for a few
months to come back to it with a fresh approach and it felt right
every time. Nothing else could be done to add more and I was
satisfied. Thats when I knew it was time to drop Octopus.

What do you want people to take away from your music?

Take these songs and go about your every day live with a fresh
perspective. Listen to it while you brush your teeth, go to work, wash
your car, write a poem, etc… I would want these songs to give off a
sense of blissful optimism about our daily life struggles and make us
motivated to move forward in our world. I want this music to provide a
sense of longing and deep nostalgia for something you never once had,
only to ultimately feel driven to pursue that longing, that curious
urge to venture out of your skin and feel euphoric.

What’s next for Di Ivories?

We will be playing some great shows in Brooklyn and out of state in
these upcoming months as we look to push the record forward to a
variety of audiences. This month we’ll be up in Toronto, which really
excites me. Excited to bring this style across the border and see what
the North thinks of us!

On a more long term perspective I have begun writing and recording
music for the second record, which has a tentative release for mid
2020 (I hope.) Most of all, I am really thrilled about diving deeper
into my sound. These next wave of songs have really hit the spot in
all the right places. Ideas are starting unravel and piece themselves
faster and more evenly than before. I feel like living in Brooklyn has
helped with that.The next record will surely be inspired by my first
year in New York. I have no doubt it will be enjoyed by everyone else
too.