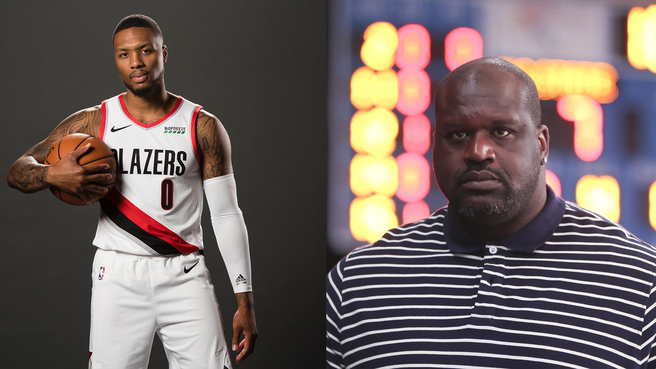 Dame Lillard aka Dame DOLLA recently made an appearance and like any NBA player was asked about Hall of Famer, Shaquille O’Neal. Dame didn’t hold back and stating there are different and he’s better than the platinum rapper.

Shaq responding in the most Hip Hop way ever dropped a freestyle diss packed with braggadocios rhymes, spitting lines of his many accomplishments that can’t be denied.

With things getting goo, Dame didn’t waste much time dropping a diss of his own called “Reign Reign Go Away”. A track filled with fresh energy, letting Shaq and the world know he packs some rhymes of his own and his time is now.

Check out the diss tracks from rappers/ ballers below.