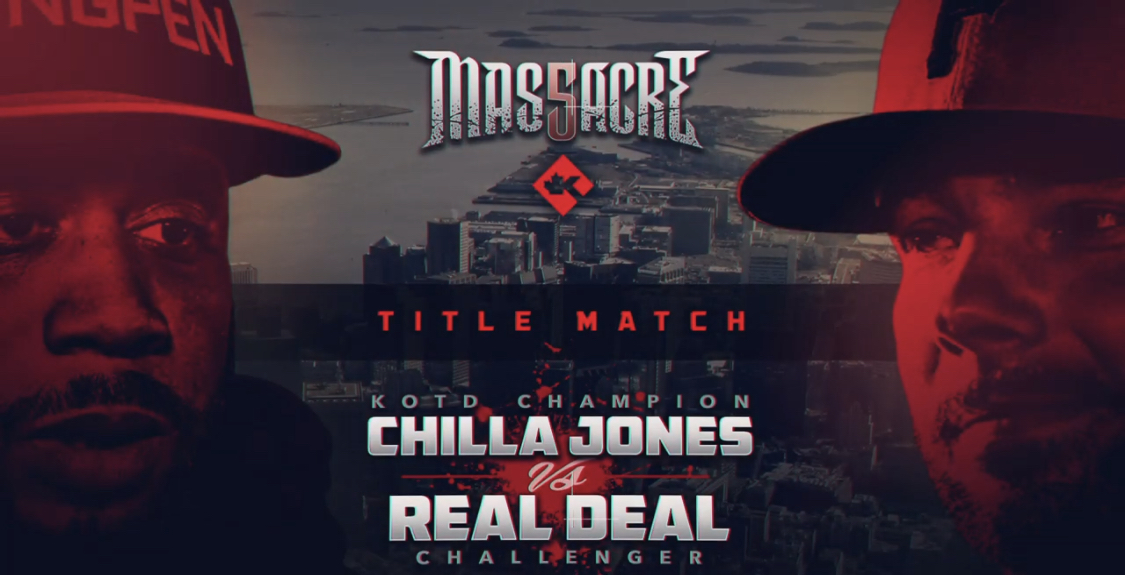 The battle took place on August 17th on the stacked MAS5acre in Cambridge, Massachusetts.

Both battlers being legendary in their own right with both having impressive resumes in skills set that made for a championship showdown like no other.

Each battler gave their fans what they’re known for with Chilla Jones being the reigning champ matching his best punchlines and schemes against, his challenger Real Deal’s incredible talent that makes him a fan favorite. With both battlers putting on a great performance the title was given to Real Deal.

With the battle now available fans from all over will be able to watch two ultra talented battlers, fans will be able to pick a winner for themselves and enjoy a great battle.

Check out Chilla Jones VS Real Deal below and follow them on Twitter. Stay Global my Friends!