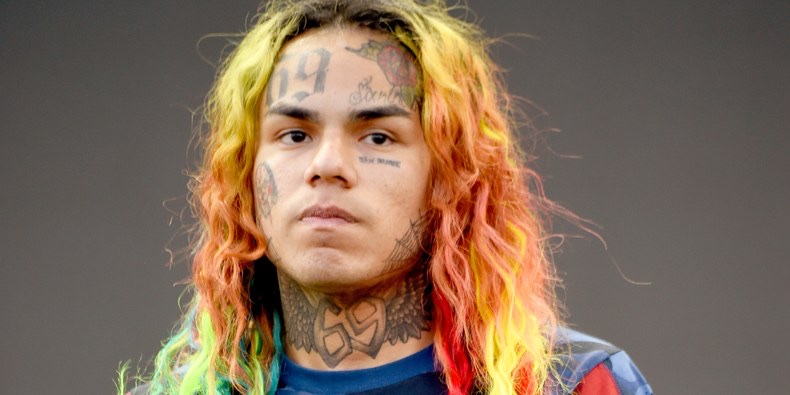 On Thursday (Sept. 26), a source close to the situation told TMZ that Tekashi, who testified against his one-time associates and fellow Nine Trey Gangsta Bloods members Anthony “Harv” Ellison and Aljermiah “Nuke” Mack last week, plans to opt-out of the witness protection program so that he can continue to live a life full of fame.

Despite artists like Snoop Dogg, 50 Cent, The Game and others labeling him a snitch, 6ix9ine reportedly plans to get back to his music career, which he thinks he can resume with the same success he had before.

Instead of changing his name and appearance the way many expect him to, the beleaguered rapper will reportedly seek a 24-hour protection service to protect himself and his family members, who have allegedly admitted they fear for their lives after 6ix9ine’s decision to cooperate with federal authorities.

The rapper’s purported decision to reject the witness protection program comes just hours before the trial for Ellison and Mack is expected to conclude. Prosecutors and defense attorneys reportedly aim to give their closing arguments in Manhattan’s Thurgood Marshall United States Courthouse today.

During his testimony last week (Sept. 19), the imprisoned artist confirmed that he expected to be released from his prison cell by the beginning of 2020. Tekashi briefly spoke on his potential release date after one of Mack’s attorneys asked the rapper if he’d be freed at the beginning of next year if the rapper was granted time-served.