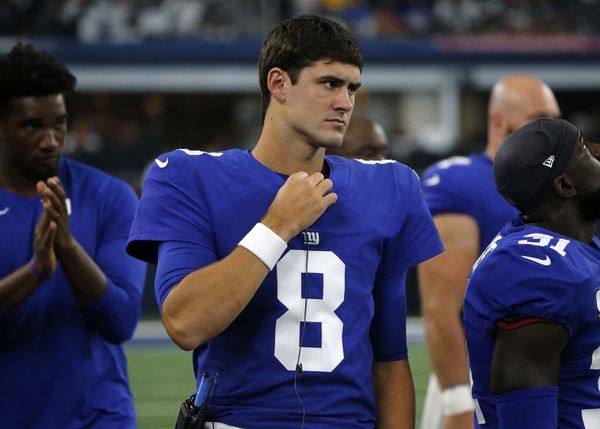 It has been a call by fans and critics for a replacement for Eli Manning for the past couple of seasons, with continued declining play.

Manning started the season’s first two contests – losses at Dallas and Sunday at home to Buffalo. He completed 56 of 89 passes for 556 yards, two touchdowns and two interceptions for a passer rating of 78.7. But the Giants have scored only four touchdowns, despite averaging 420.0 yards a game.

Daniel Jones will be leading the 0-2 New York Giants this week, against the Tampa Bay Buccaneers.