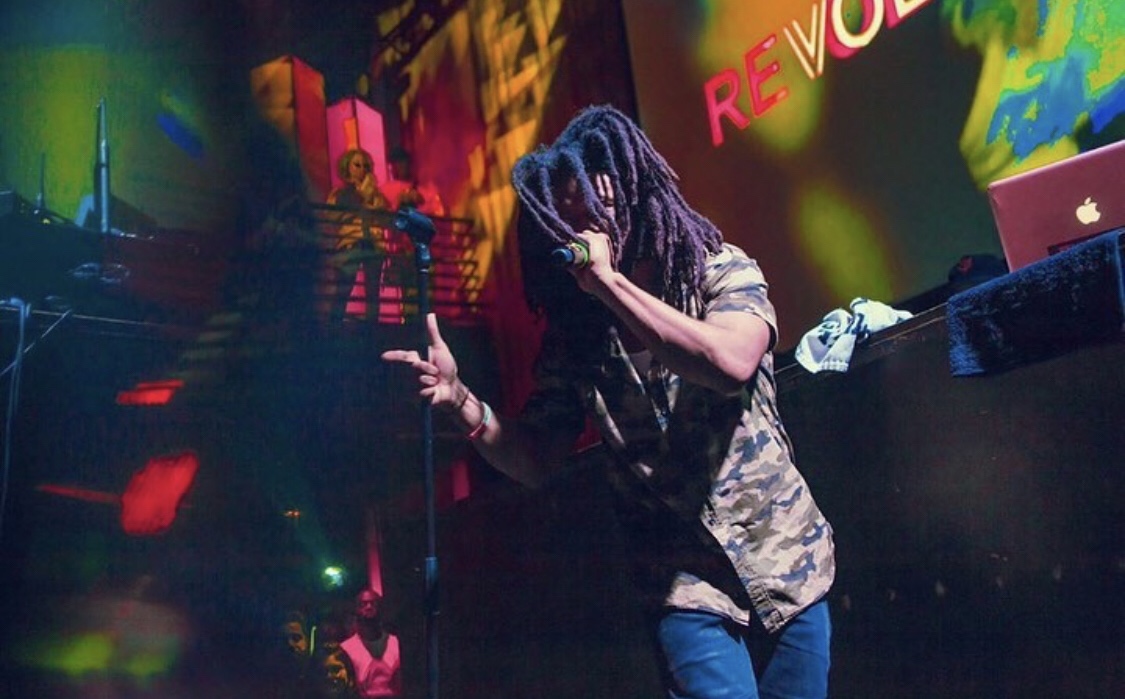 Cantrell has a special talent that reminds Hip Hop fans on why we fell in love with the genre. He has supreme skills that sweep you away with every release. After his “Gold Rose Freestyle” we had to know more. He was gracious enough to give his time to break down his lyrics in his latest freestyle. Below Cantrell breaks down his Master Pen.

Who is Cantrell the artist?

Cantrell the artist is a dreamer, an artist that embodies balance, someone that makes music you can live to. He’s some that wants to be as honest as possible and leave something behind that can withstand the test of time and inspire as many people as possible along the way. This always a great question because I don’t look at myself like that but it forces me to see myself in a certain light lol

What inspired the lyrical approach to your “Gold Rose Freestyle”?

To be honest, what inspired my approach was initially being left out of conversations I feel I’ve earned the respect to never be left out of again. From there, the energy took over. I knew I wanted to paint a picture of my story, I just didn’t know how until I was done painting. I’ve always been a humble guy, but I’ve also grown to respect myself and understand what that respect comes with. So you hear me paying my respects to people that have believed in me along the way and you also hear me paying my respects to the journey and how far we’ve come

Aight that’s a tough question lol. I know as a writer and child of the game I get excited for what people may not catch more than what they will. “All these chips on shoulders feel boulders. I wanna rock with you; Mike Jackson with all the curls barely curling over.” Like… in everything that I have to carry, I understand a lot of it I do because ultimately I chose to. I choose to carry my own cross yet still want to help others and get involved in their growth also. Ima carry my boulders but I’m gonna try my best to rock with you also. I want that pressure. I’m starting to think I live for it. The Michael Jackson part is a clever play off it all that I’ll leave up for the bar lovers to figure out lol

What do you think is the bar that people may sleep on listening to your “Gold Rose Freestyle” and why?

I think people gonna sleep on the Michael Jackson one really lol it’s hard to say why because then it feels like I’m full of myself, I just know I pay attention to the details and I like to think I’m reaching people that appreciate the same.

What would you rate your pen on “Gold Rose Freestyle” 1-10? 10 being the highest?

Man… it was all expression, even in those barred up parts. It sort of just flowed out of me. I was on autopilot. Needless to say… I want to say 10 so bad lol but nah I’ll say 8.5. I executed my vision, but there’s ALWAYS room for improvement to me. I want 10s, and I’m sure when i write some 10s I’ll probably grade them as an 8 lol

What can people expect next from Cantrell?

Right now we’re in this weekly freestyle series this month called #FreeShxtFriday dropping some more raps each week. I’m back in the studio working on new music, working on some clothing, and I’ll be at the A3C Festival in Atlanta. Hopefully you’ll even see me on tour, I miss touching the people and sharing that rush and moments with them.