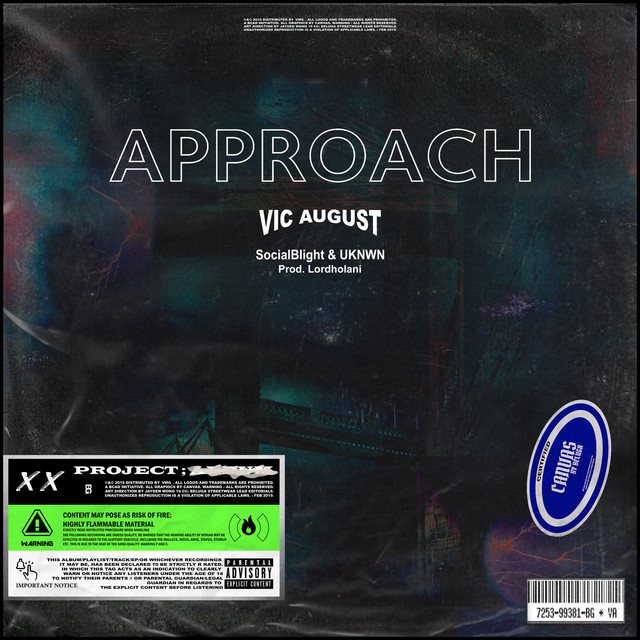 Music is all about being creative. Showing the world how special your mind and style is to create records they fall in love with. As much as music can be a copycat trendy thing, it’s still the music made by creatives and innovators that moves everything forward. An artist that has that special creative thing is Vic August with his new song “Approach” featuring SocialBlight and UKNWN.

Vic August has something special you can’t deny on his Tommy Boy debut “Approach”. Vic is daring in his approach and it pays off majorly for this special talent, as he has the charisma of stars on this heartfelt trap record. The writing is beyond impressive by Vic August, SocialBlight,and UKNWN with the perfect mix of relatable and flashy lyrics, as their swagger carries the track well.

Vic August featuring SocialBlight and UKNWN’s “Approach” is amazing music that shows what happens when an artists come together and decide to let their creativity shine. It’s a standout song with unlimited replay value that you will be hearing from fans all over the world.

Check out Vic August featuring SocialBlight and UKNWN’s  below and follow them on social media. Stay Global my Friends!