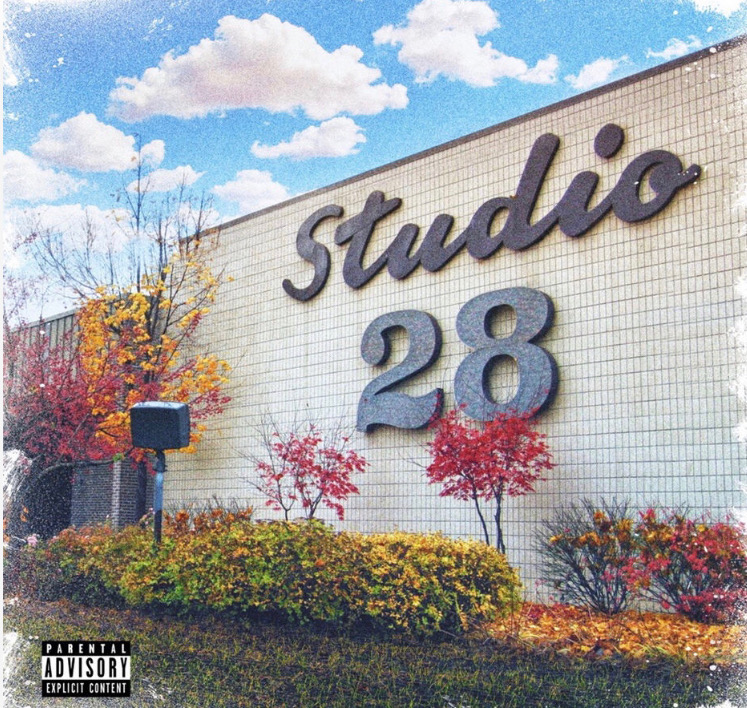 Michigan has a rich history of hip hop. From the forever flourishing Detroit Hip Hop scene to the battle rappers out of Pontiac making name for themselves. One place that flies under the radar is Grand Rapids. To the people that know Grand Rapids has been a host to many lyrical emcees since the Wu Tang affiliated La The Darkman. Willie The Kid has been a stand out since his DJ Drama mixtape days, as well as his debut album “Absolute Greatness” , and has continued to release consistent works of excellence. Willie’s new release “Studio 28” which is homage to the legendary movie theater in the city and is everything you would expect from the talented emcee. The raps are marvelous and brilliant in it’s articulation, the flow is as fluid as water and the production is pure soul with all production being handled by Troy Ceaser.

The Feeling of Winning: A fitting first track with a cinematic intro before Willie comes in right in his pocket, with his style of class and smooth charisma, as he effortlessly kills the beat with bravado filled lines like “With two seconds I hit the game winner, Willie that same n**gga” that instantly set the tone for a great project.

Greater Grand Rapids featuring Troy Ceaser & Tekh Togo: The production is amazing on the second track with it sounding like a fuse of CL Smooth and Pete Rock “T.R.O.Y.” and 2Pac “So Many Tears”. With the mood already set perfectly Willie makes his presence felt masterfully with a gold standard display on the mic. Troy Ceaser’s range of talents are in full bloom, with not only lacing the beat but laying a high class of rap over the smooth soulful beat. Tekh Tago matches the energy just right adding his own confident flair as the two make a smashing track on the scene of Grand Rapids.

Too Easy featuring Jovain Dais: Too Easy is one of my personal favorite tracks on the project. Being a fan of raps over synth heavy production this track is perfect, with Willie giving a feel good vibe on a track that’s good for the soul. Willie The Kid’s lyrics are poetic and the feature brings a perfect combination of soul and smoothness that makes this track a winner.

Never Slip Away: “Loyalty is love, best wishes and a bear hug” The track instantly grabbed me with the Leon Ware’s “Slippin Away” sample flip that Troy sings over. Troy’s production is brilliant and Willie’s performance is excellent. Willie uses the track to show he can really rap with the best coming with a more edgy approach, from the smooth flow presented in the previous tracks. Willie doesn’t let the track breathe for a second ripping into it as soon as the beat drops.

Drugz n Jazz: A 46 second interlude of all emceeing. The hip hop jazz infused sample works magic with the drums being hard and the keys having a soul before Willie jumps back in action.

MC Sporting Goods: “A Michigan Adventure, rides, foreign wheels” Willie crafts together a track that instantly reminded me of GhostFace Killah’s “Ironman” album. The lyrics being in depth and cinematic, as he paints a brilliant picture with his words over an intense soul beat that sounds like an Uptown Saturday Night.

Ain’t Nothin’ Like It: This track may be the most soulful in my personal opinion. The track instantly engages you as the production provokes emotion before Willie spits about the game he’s in with all flavor.

Can’t Control It featuring Jay Chill: Willie ends this genius level project with a smooth ending. This track gives you all the soul of everything you’ve heard before as well as great lyrics and flow as Willie brings everything home with love.

Willie the Kid’s “Studio 28” project is flawless. From production by Troy Ceaser to Willie being as great as he’s always been, with his flow being as fluid as wine, and razor sharp pen being as sharp as ever.

Check out Willie The Kid “Studio 28” produced by Troy Ceaser below and follow them on Twitter. Stay Global my Friends!